Every year Texas Acro is proud to recognize the graduating seniors in our sport. These athletes have been involved with acrobatic gymnastics for many years and we wish them the best as they head on to the next chapter of their lives. We are so thankful to have role models like these young athletes for our up and coming acrobats!

From Acrobatic Gymnastics of San Antonio:

Team USA delegations will be participating in both the World Age Group Competition (WAGC) and World Championship (WCH) in Baku, Azerbaijan. The WAGC competition is for Jr Elite 12-18 and 13-19 age groups. The WCH is for Sr Elite only.

Note that this year there is a change to the competition format for the seniors at WCH. In addition to all-around finals with athletes performing their combined routines, there will also be individual exercise finals for both the balance and dynamic routines. This means pair/groups have the chance to qualify to three different finals and earn three different medals! The juniors at WAGC will still compete balance and dynamic routines during qualifications and have only one all-around final with their combined routines.

A live feed and live scoring during the WAGC will be available at the website link below: https://gymtv.online/

Following the WCH will be a little different than following WAGC. Generally, qualifications are live streamed on the same link used for the WAGC and qualification routines are posted on the FIG YouTube channel shortly after they are performed. This year there does not seem to be an official livestream for the qualifications rounds except on local television and some live coverage on the @azegymnastics Instagram account.

Finals are live-streamed on the FIG YouTube channel, but the stream is geoblocked in different regions based on broadcasting rights. If you have trouble accessing the live stream, you can try using a VPN to access the FIG livestream from a different region.

In the USA, broadcasting rights are owned by NBC and finals are usually shown on the Olympic Channel as a time delayed replay.

All times listed are in the Azerbaijan Standard Time (Greenwich Mean Time + 4) with Central Standard US time in parentheses. For assistance with time zone conversions, we recommend this website: https://www.timeanddate.com/worldclock/converter.html

Competition times for finals will be determined after the qualifications are complete. Times are approximate and also can change due to scratches, so always tune in early to be sure you don’t miss anything!

Daylight Savings Time begins in the USA at 2:00 am

We are excited to have two pairs from Texas headed to the World Age Group Competition in Baku in March 2022! Get to know them and read about their acro journeys below! 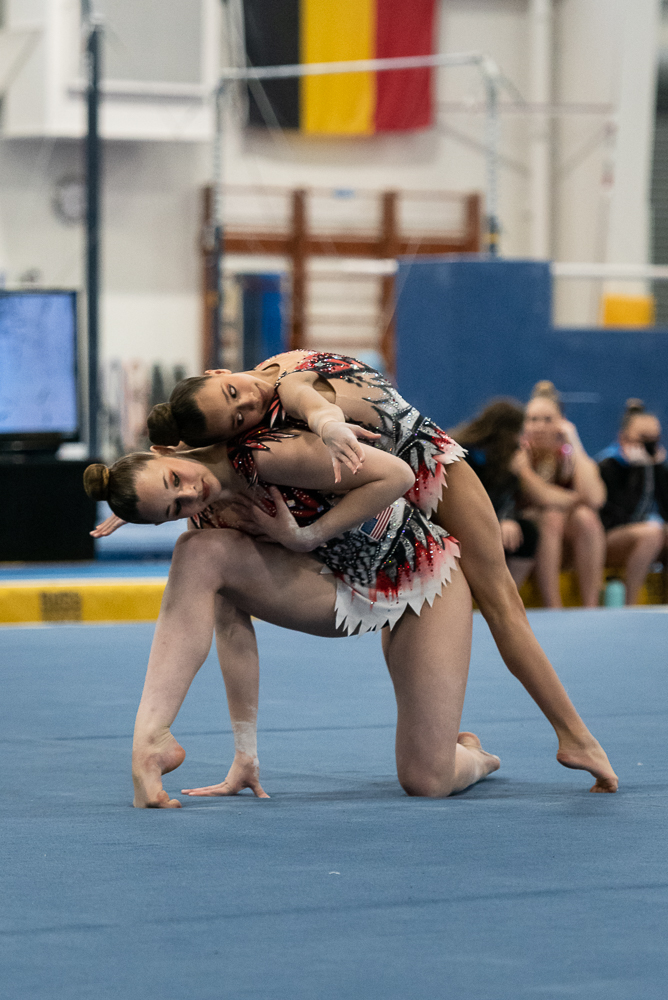 Allyson Stone started off her gymnastics career at the age of 7 with artistic gymnastics as well as acrobatics soon to follow that same year. She competed in both sports for 8 years then transitioned to strictly acrobatics in 2019 when she moved to AGSA from TAAG. She has been a women’s pair top, mixed pair top, trio base, and women’s pair base. She competed in Spain as a mixed pair top and brought home 3 silver medals and a bronze. This is her second World Age Group Championship in this same partnership. Some of the most influential coaches in her life have been Anna Smirnova, Valeriy Goncharov, Iryna Goncharova, and Vladimir Vladev.

Fun Fact: Traveling the world with your best acro friends is my favorite part of acrobatics outside of the competitions. 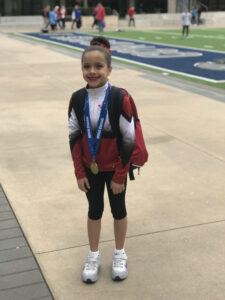 In 2018, Ayla started doing tumbling classes at AGSA with coach Michael, but while doing her classes, she would always point at what she called the ‘’big girls’’, and say, “ I want to do what they are doing instead!” She was referring to the AGSA acrobatic team, so in 2019 she started doing level 7, then 2020 moved forward with level 8 which she didn’t continue because of the pandemic. Even so, she never stopped doing her warm up everyday and focusing more and more on acro, watching videos of “ the big girls” until she started learning skills on her own. In that moment her family understood that acro was her passion. Since then, she moved up to Jr Elite 12-18 WP and at that level earned a spot on US National team ( 2021 ) to compete in the WAGC in Geneva. Now, in 2022, she is getting ready for her second WAGC in Baku. We are so excited that she loves what she is doing and is proudly representing the USA at her level! 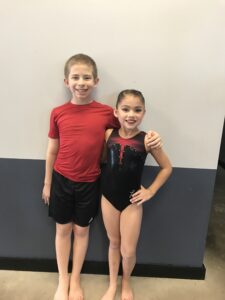 Trent’s acro career started off a little bumpy since he broke both his arms shortly after his first mock meet. That didn’t stop him from being a National Champion the following year and then earning a spot on the US National team the year after that. This week, he prepares for his second WAGC and is excited to again represent the US as a Jr. Elite MXP.

Fun fact: Trent has won the ugly leo contest at his gym 3 years in a row.

Bethany started her acro journey when she was five years old in California! She moved to Texas in 2020 to follow her dreams of going to worlds as a top. She is now in a 12-18 mixed pair going to worlds. This is her eighth season in acro, and a few years ago she did aerial arts, too!

Fun fact:  I can almost pop every bone in my body.