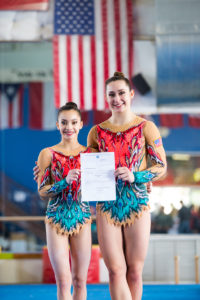 Four Texas Acrobats were recently named “World Class Gymnasts” by the Fédération Internationale de Gymnastique (FIG) following international events in 2017. For all FIG disciplines, the recognition is presented only at the World Championships, Olympic Games or the World Games and is an individual designation based on world-class performance. In acrobatics the award is given to all finalists in the five competition categories. Emily Davis, Maren Merwarth, Jessica Renteria and Aubrey Rosilier are now members of only 42 USA acrobats to have received the FIG designation. Only two other acrobats from Texas have been named World Class Gymnasts; Axel Osborne and Dylan Inserra (Senior Men’s Pair from WOGA) were named to the prestigious list in 2010.

Emily and Aubrey earned World Class status by virtue of their fourth place finish at the 10th World Games in Wroclaw, Poland in July 2017. In only their second competition together at the senior level, the pair had the highest finish ever for USA women’s pairs at the World Games. They train at Acrobatic Gymnastics of San Antonio under head coach Vladimir Vladev.

Up next for the pair is the World Team Trials selection competition February, where they will seek to be named to the USA delegation to the 2018 World Championships in Antwerp, Belgium. 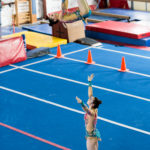 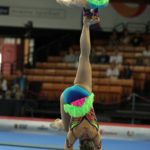 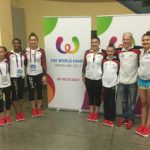 Maren and Jessica earned World Class status after finishing fourth at the 2016 World Championships in Putian, China, the highest finish ever for a USA women’s pair. The pair had a long competitive history together, training at Acrobatic Gymnastics of San Antonio under Vladimir Vladev, which included multiple national championships, international medals and the first World Cup medal ever won by a USA women’s pair. Maren and Jessica retired from competition in 2017 following the Puurs World Cup in Belgium.

After retirement, Maren transitioned to competitive diving. She will be attending Trinity University in San Antonio, TX, in Fall 2018 and will be a member of their diving team.

Jessica is now a student at Texas Christian University in Fort Worth, TX, majoring in sports psychology and has continued to be involved in the acrobatics community. She has traveled to numerous clubs as both a choreographer and clinician where enjoys sharing her knowledge and passion for the sport. She was also recently elected by her peers to serve as an athlete representative on the USA Gymnastics Athletes’ Council. According to Jessica, “My job is to not only be the voice for the athletes, but to protect them by looking out for their best interest and well being. I’ll do my best to fulfill my position and make sure the athlete’s voices are heard.” 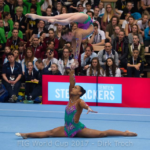 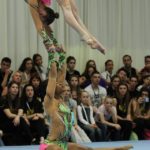 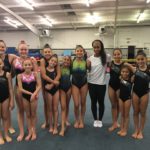 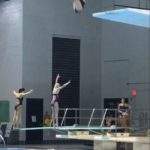 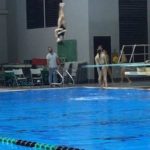