The National Collegiate Acrobatics & Tumbling Association (NCATA) announced that 115 student-athletes signed letters of intent this past November as part of the early signing period. This represents a 60% increase over the previous fall commitments. According to the NCATA press release, “[this] further solidifies the rampant rise of acrobatics and tumbling as the NCATA has seen a drastic influx in participation and member institutions over the past three seasons.”

Acrobatics & Tumbling, a discipline of USA Gymnastics, is the evolution of different forms of gymnastics and involves tumbling, tosses, and acrobatic lifts and pyramids. Teams participate in head-to-head competition and are scored in six events, including Compulsory, Acro, Pyramid, Toss, Tumbling, and Team. Acrobatics & Tumbling is a recent addition to collegiate sports programs in a growing number of colleges and university across the country. Currently there are 23 member schools in the US, making the sport a great collegiate opportunity for both artistic and acrobatic gymnasts.

The 2017 fall signing included 15 student-athletes from Texas, including three from clubs with acrobatics programs: 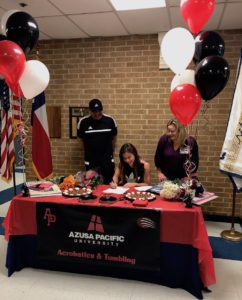 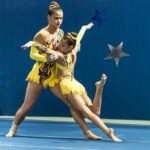 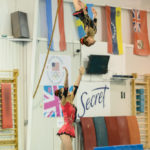 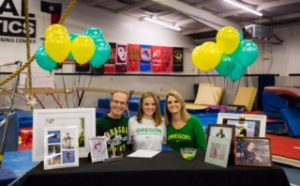 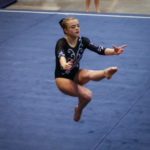 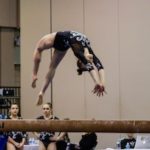 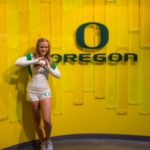 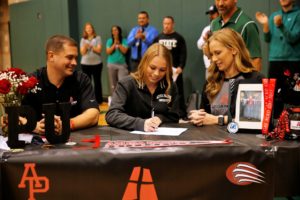 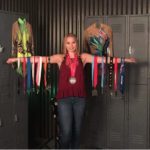 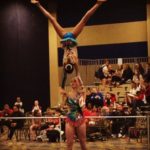 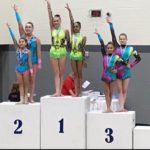